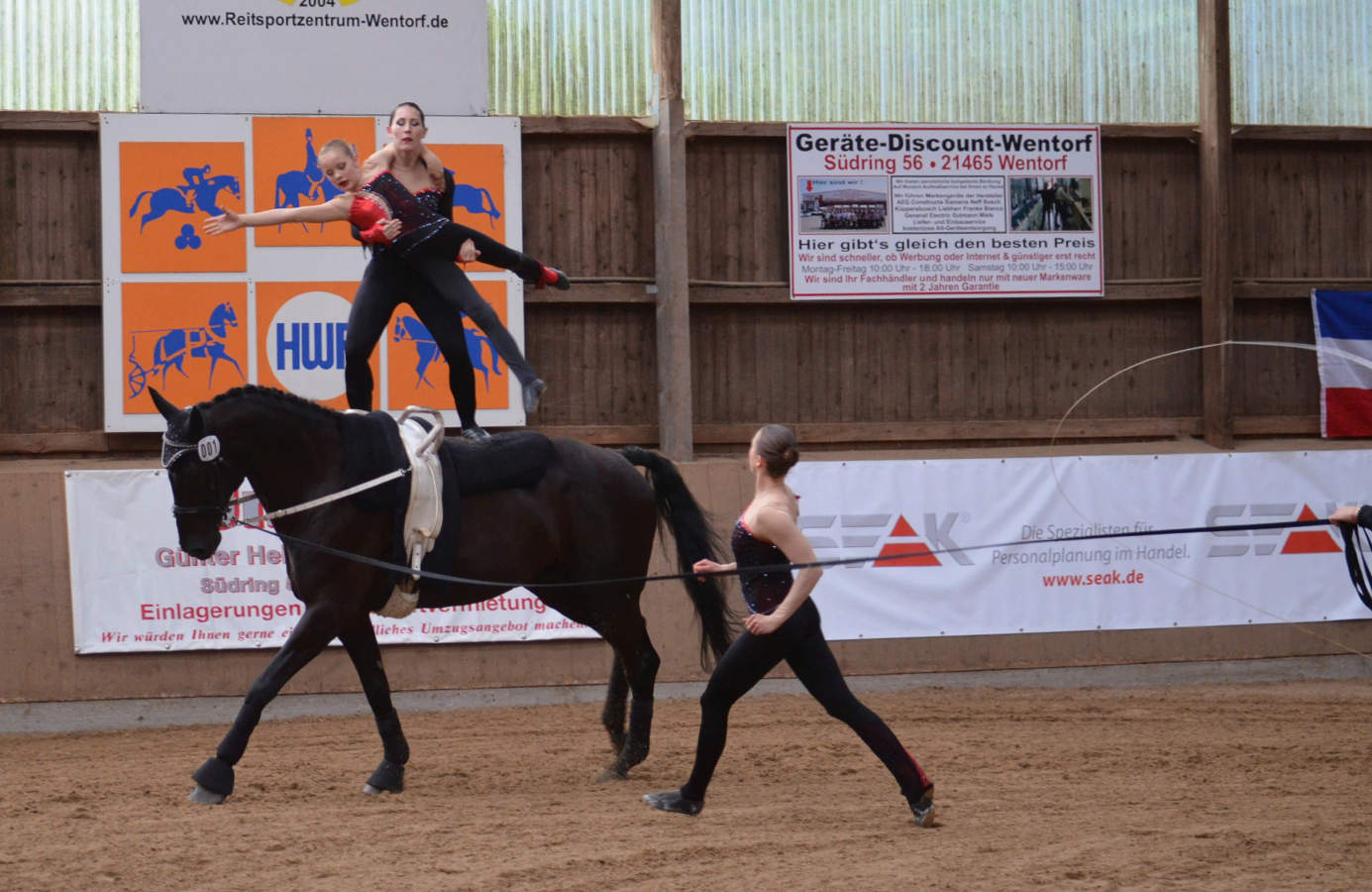 On the 18./19. June 2016, 20 teams, 30 individual-, as well as 20 trophy competitors participated in the joint Hamburg and Schleswig-Holstein vaulting league championships. The tournament’s hosting club, the Hamburg-Wentorfer Reiterverein e.V., is based in nearby Wentorf.

As (almost) neighbours, we were happy to take on the sponsoring of the senior team trophy.

The trophy went to team “Indie” of the “Reit- und Fahrverein Kirchwärder von 1926 e.V.” -sporting club. The winning team was presented with a premium carbon-pad by our colleague Nicole Dirks-Wetschky.

The event later aired on the NDR channel’s Schleswig-Holstein magazine. You can watch the Wentorf S-team’s kur in the video below: